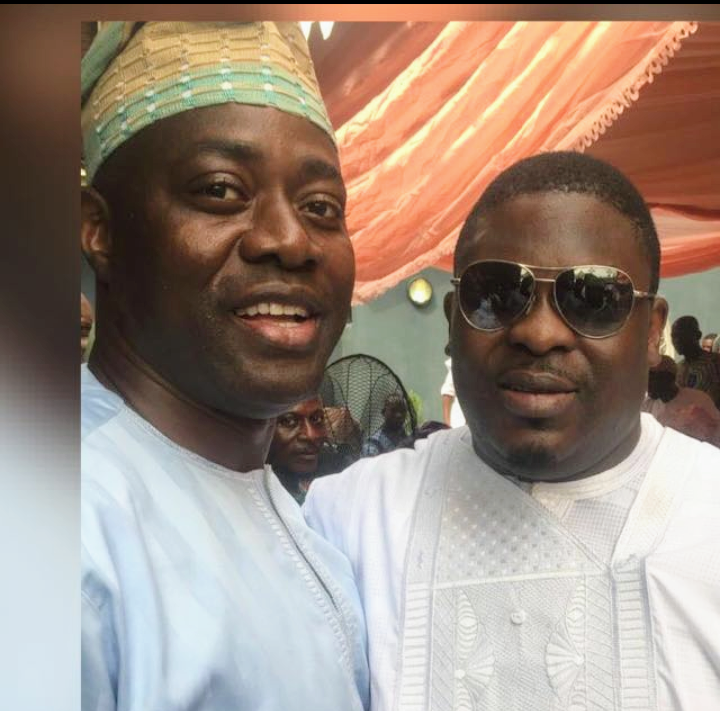 March 30, 2020
Hon. Sheriff Adeojo - I’m deeply sad over our darling Governor's COVID-19 Status
Omi-Apata Caretaker Chair, Hon. Sheriff Adeojo express his sadness over the Covid-19 test result which confirmed His Excellency Engr. Seyi Makinde positive of the pandemic Covid-19 on Monday, March 30, 2020
Sheriff Adeojo prays for Makinde's quick recovery from the pandemic disease
Adeojo said,  I am deeply touched by the news of His Excellency Covid-19 Status. On behalf of Staff and members of Omi-Apata LCDA,  I extend our sincere prayers for your quick recovery sir
I want to assure you that with our collective effort we will overcome this trying time in sha Allah!
Southwest-Frontier Southwest-Frontier News at March 30, 2020 No comments: 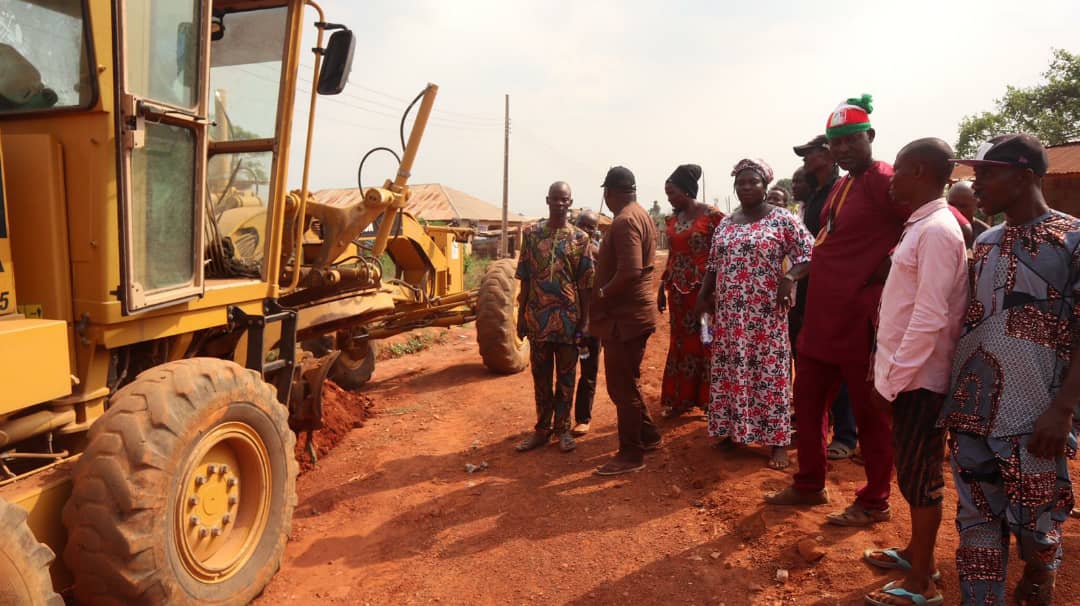 March 29, 2020
Omi-Apata Local Council Development Area has commenced massive grading of deplorable roads in the Council Area
The roads currently undergoing grading include, Ita Faaji in Ward 7 and Ward 10 area of the LCDA Jurisdiction.
The Caretaker Chairman of Omi-Apata Local Council Development Area, Hon. Sheriff Adeojo in company of the caretaker committees and works department of the LCDA inspects the ongoing road project on Sunday afternoon 29/03/2020 at Ita Faaji Ward 7 area of the LCDA
The Chairman stated that the grading of the roads is to increase socio-economic activities in the aforementioned areas.
He also reiterated his administration’s resolve to make all roads accessible to motorists and residents’; stressing that good road network is a panacea for socio-economic development.
The Council Boss again appeal to road users and residents of these affected areas to see the project as their own
“We know the pain you are presently going through but let me beg you to remain steadfast. In no distant time, we all will be smiling,’’ he stated.
See more photos: 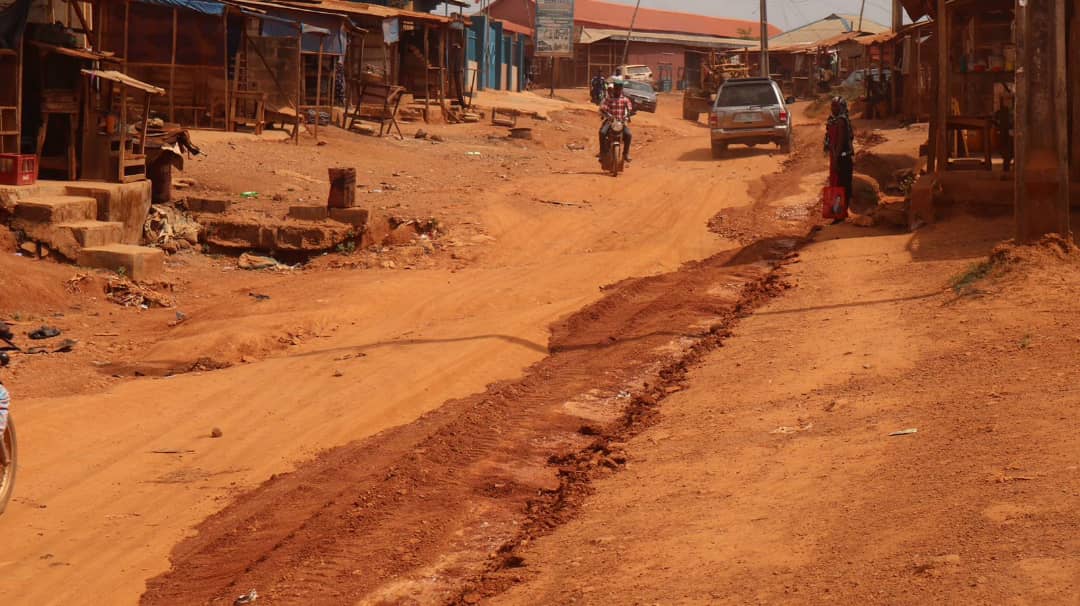 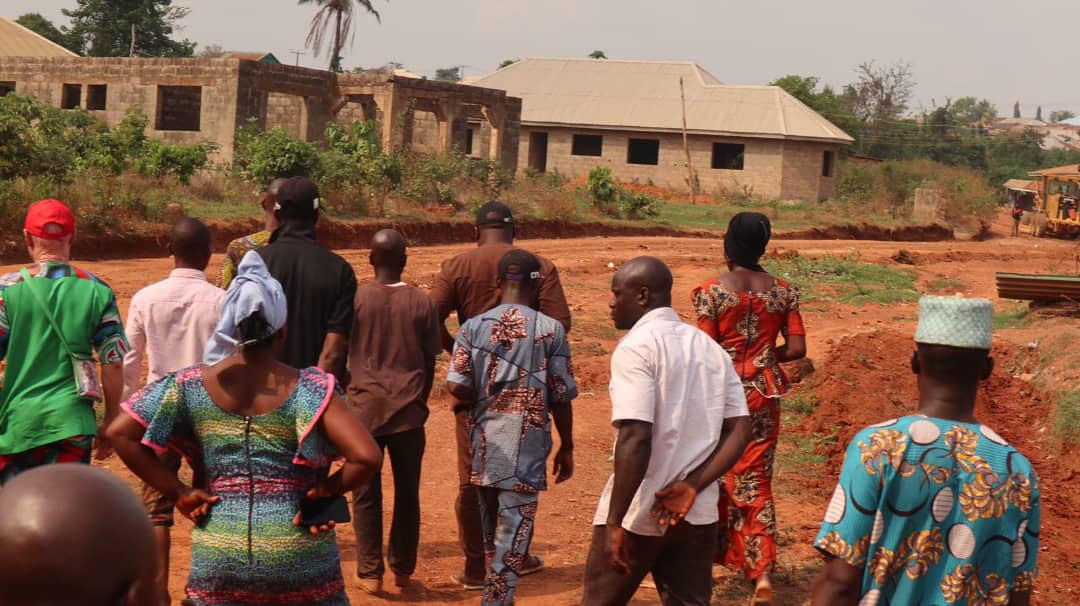 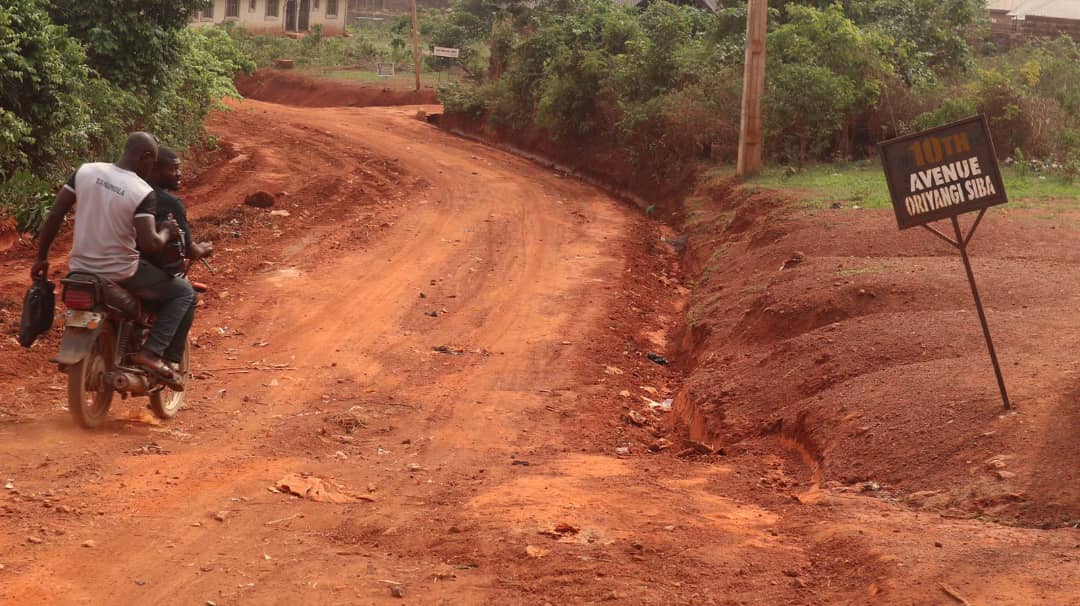 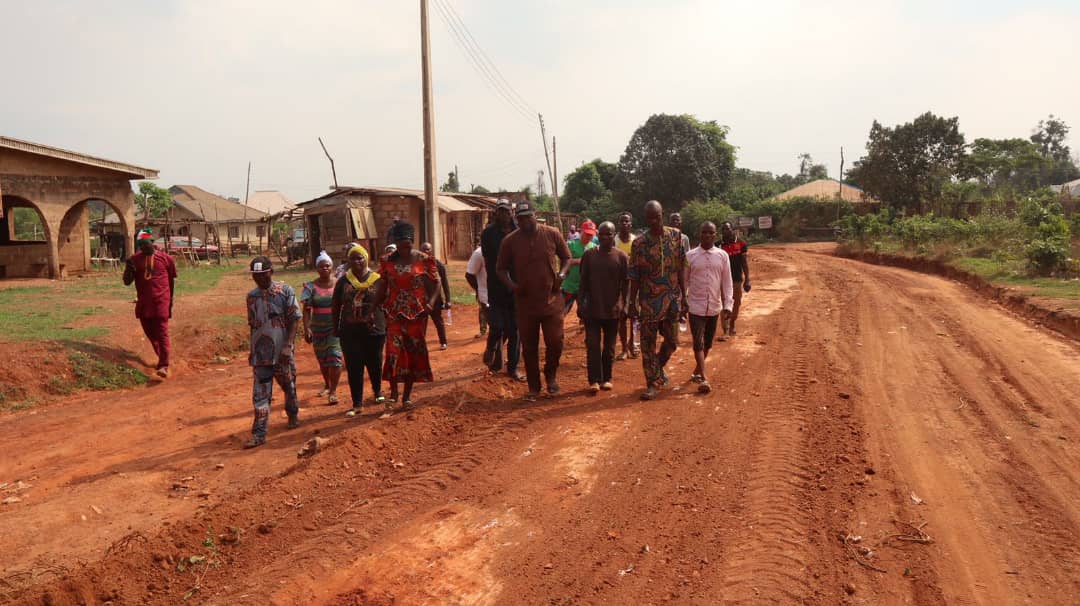 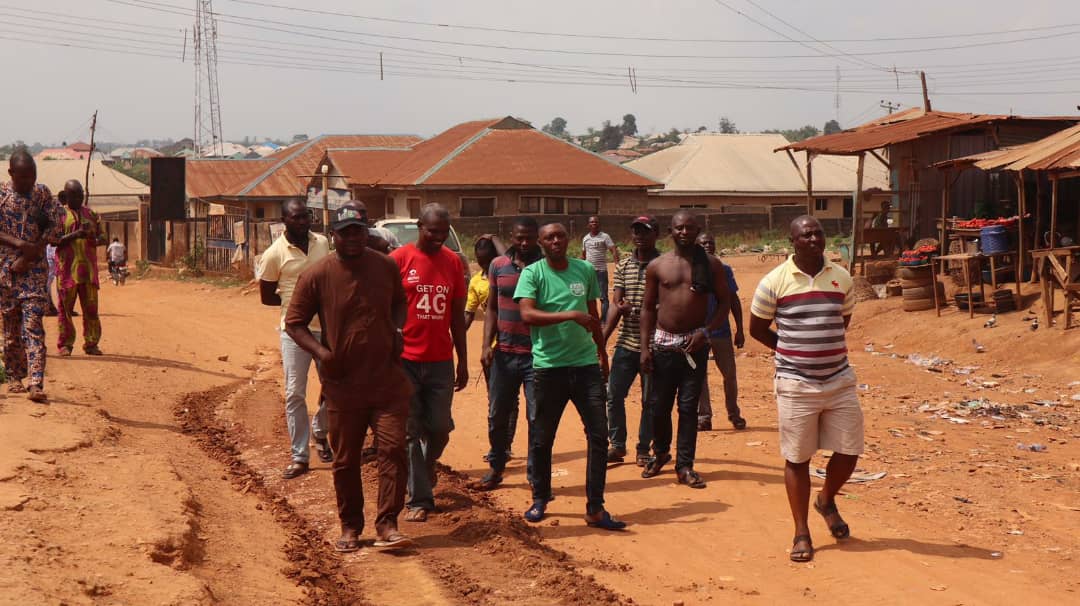 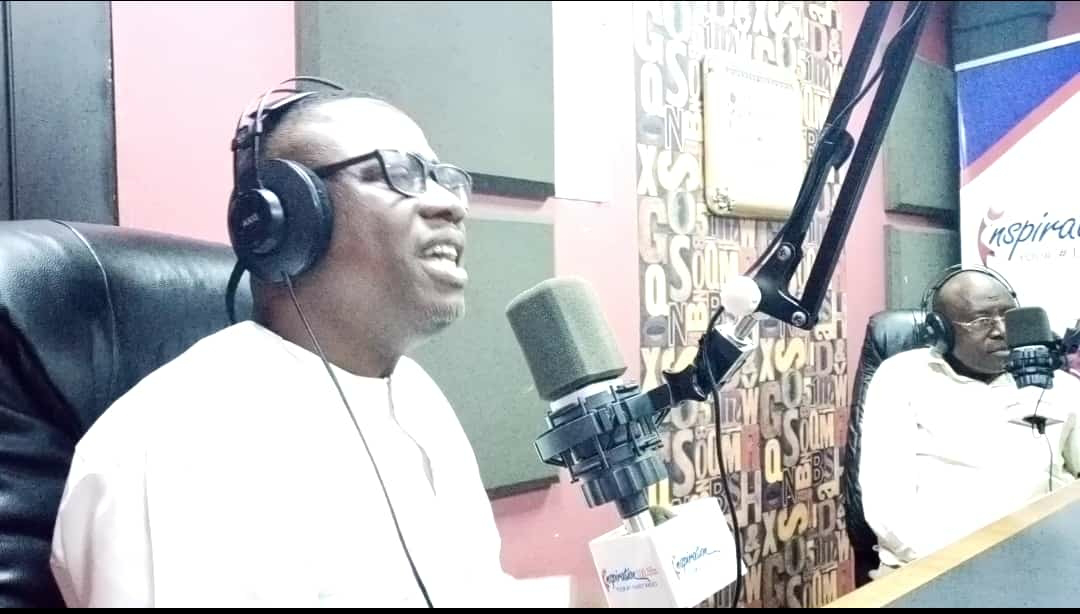 March 27, 2020
Oyo Born Rising Star And An Assiduous Soldier Of Peoples Democratic Party Media Crew In Oyo State, Afolabi Akinfenwa Lauds Ojasope's Mentorship
Senator Kola Balogun Aide, Rotimi Johnson(Ojasope) is a leader worthy of emulation in all ramification. Hon. Ojasope an astute public administrator and member of the Nigerian Institute of public Relations(NIPR)  posses qualitative leadership skills for youths who are willing to learn in his realist school of thoughts
I'm glad and proud that I gained so much and still willing to learn more from the honorable SA's Ocean of experience
I'm appreciating my mentor for the opportunity he has given me to represent his image in so many occasions, which has brought out the best of my oratorical skills on social media and my ability to rule and lead in the organization I found myself
A wake-up call to my fellow youths who are willing to learn and improve in their media activities is to get themselves a certified, brilliant and an experienced public relations man to mentor them in  their chosen career, this will enable them to be free of misinforming the general public which can automatically tarnish their integrity. It will also make them to be free of grammatical blunder and unconstructive contents that will end them in the pool of shame after publication
We are the leaders of tomorrow
We should equip ourselves with good leadership traits to enable us sail our beloved nation to treasure island
Afolabi Akinfenwa writes...
Southwest-Frontier Southwest-Frontier News at March 27, 2020 No comments: 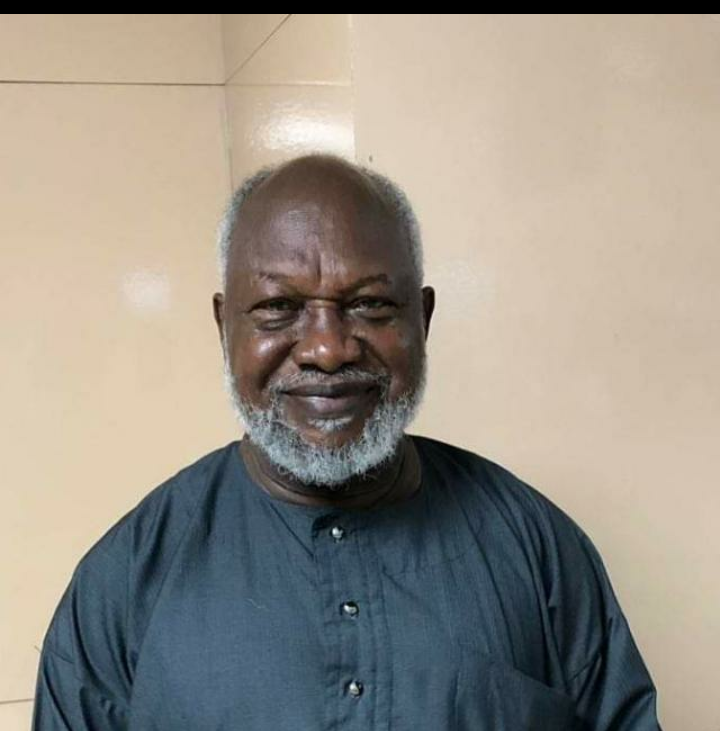 March 24, 2020
Former minister of Cooperation and integration in Africa, Dr. Bimbola Ogunkelu, A consultant physician and cardiologist disclosed a preventive measure against the pandemic Covid-19
Dr. Ogunkelu made the disclosure to Southwest-Frontier correspondent at his Lagos residence on Monday 23rd, March 2020
The Medical Expert and former Minister said:
These are difficult times. We can however fight the pandemic and win. The coronavirus invades the body via the nasal passages, the sinuses and the mouth. The virus grows and replicates in the lining(mucosa) of these passages before spreading to the lungs, where maximum damage is done.
Dr, Ogunkelu in his speech said,
It is known that the virus cannot survive a temperature of 56⁰ Celcius. Therefore if we can deliver +56⁰C to the nasal  passages/sinuses for 10-15 minutes daily we can destroy the virus in situ. This can be achieved if we go back to what our grandparents did to treat a bad cold - (STEAM INHALATION) Heat up water to boiling(100⁰C), place the boiled water in a bowl, cover your head over the bowl of steam with a large towel. Inhale and exhale the steam for 10-15 minutes. Do this daily as a preventive/curative measure.
The Medical Expert said, that this measure is useful only before the virus invades the lungs.
Dr. Bimbola Ogunkelu said, since we have low capacity to carry out tests for coronavirus in Nigeria, it is better to strike before irreversible damage is done. If a person already has nose cold, carry out the steam inhalation twice daily.
May God help us all. Amen
Afolabi Akinfenwa reporting.....
Southwest-Frontier Southwest-Frontier News at March 24, 2020 35 comments: 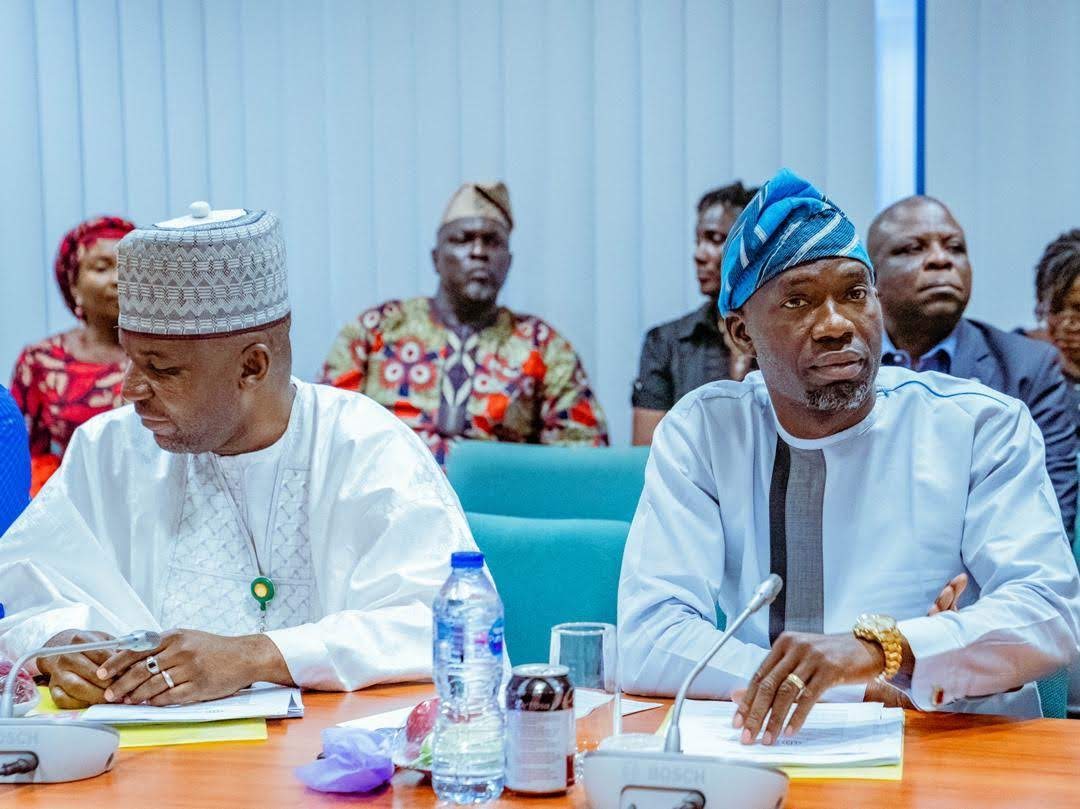 On Thursday 5th March, 2020, The Independent National Electoral Commission(INEC) unfolded plans to kick start electronic voting come 2023 general elections and the retreat ends on Friday 6th March, 2020 at Lagos.
Member, House of Representatives, representing Ibadan North-East/South East Federal Constituency, Hon. Abass Adigun(Agboworin) represented lower chamber of the National Assembly committee members on electoral matters and Sen. Teslim Folarin representing Oyo central senatorial district, represented the Upper chamber committee members, at the retreat which took place in Lagos.
INEC chairman, Prof. Mahmud Yakubu, said should the Electoral Acting is amended, based on its proposals, the 2019 elections would be the last mainly manually conducted election.
Hon. Abass Adigun spoke in Lagos at the retreat, on the review of the Electoral Act on why can't political party be  reduced to 2 or 5 party but was reply that we are practicing democracy system in Nigeria which allows the registration of many party that are qualified.
He said, INEC should be firmed about the voters registration yearly and not only when the election in fast approaching which leads to extension of date all the time. Registration should start yearly to make it easy for our youth's, women's, artisan's because we are here to make laws that we make life easy and better for them.
Hon. Abass Adigun gave note that INEC needs to make laws under the Constitution, the Electoral Act and the Commission’s regulations and guidelines which will regulate decampees most especially, those who won election through one political platform then move to another political party due to their own self interest or ambitions. 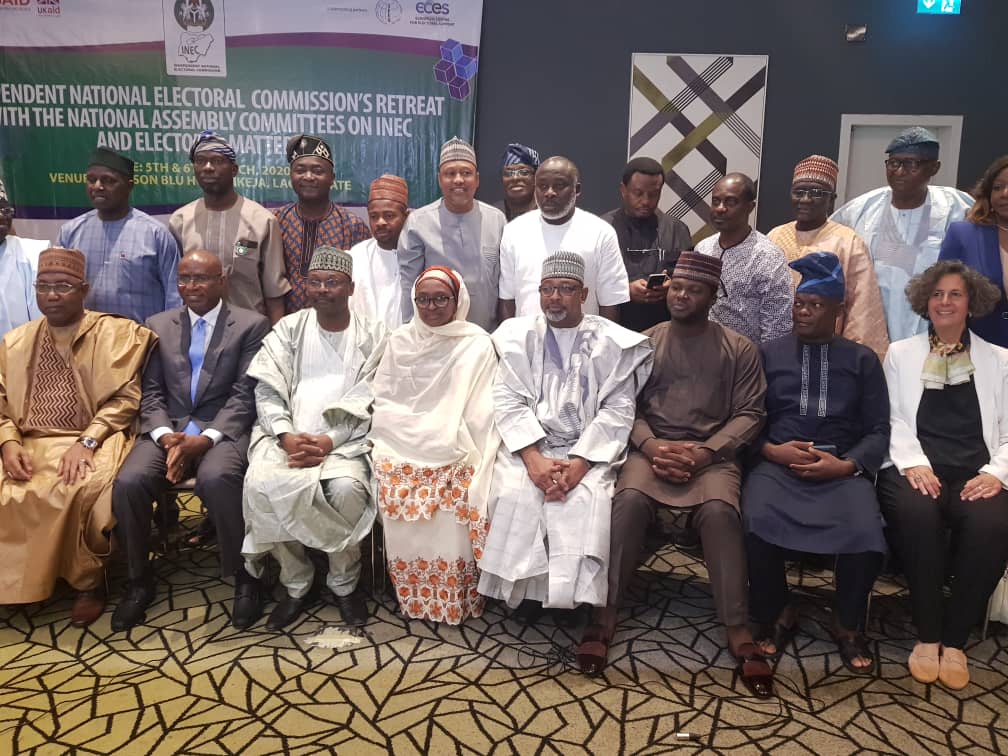 Prof. Yakubu also make noted that the retreat marked the first time that the Commission and National Assembly members came together to discuss issues relating to the electoral legal framework.
Among other crucial related matters discussed at the retreat were;
- Bill sought to amend many sections of the Electoral Act.
- Ranging from the neutrality of electoral officials to the compilation, display and storage of the voters’ register.
- Legal recognition for electronic accreditation of voters.
- Party primaries and the nomination of candidates for elective offices by political parties.
- Empower the Commission to deepen the deployment of technology in the management of the voters’ register, voting and result collation processes.
- A new definition of over-voting with emphasis on accredited voters rather than the number of registered voters in a polling unit.
“It is time for a new legislation to remove all encumbrances to further deployment of technology in the electoral process, especially in the accreditation of voters and transmission of election results.
Signed:
Director Of Communication For
Hon. Abass Agboworin
6th March, 2020.
Southwest-Frontier Southwest-Frontier News at March 08, 2020 No comments: