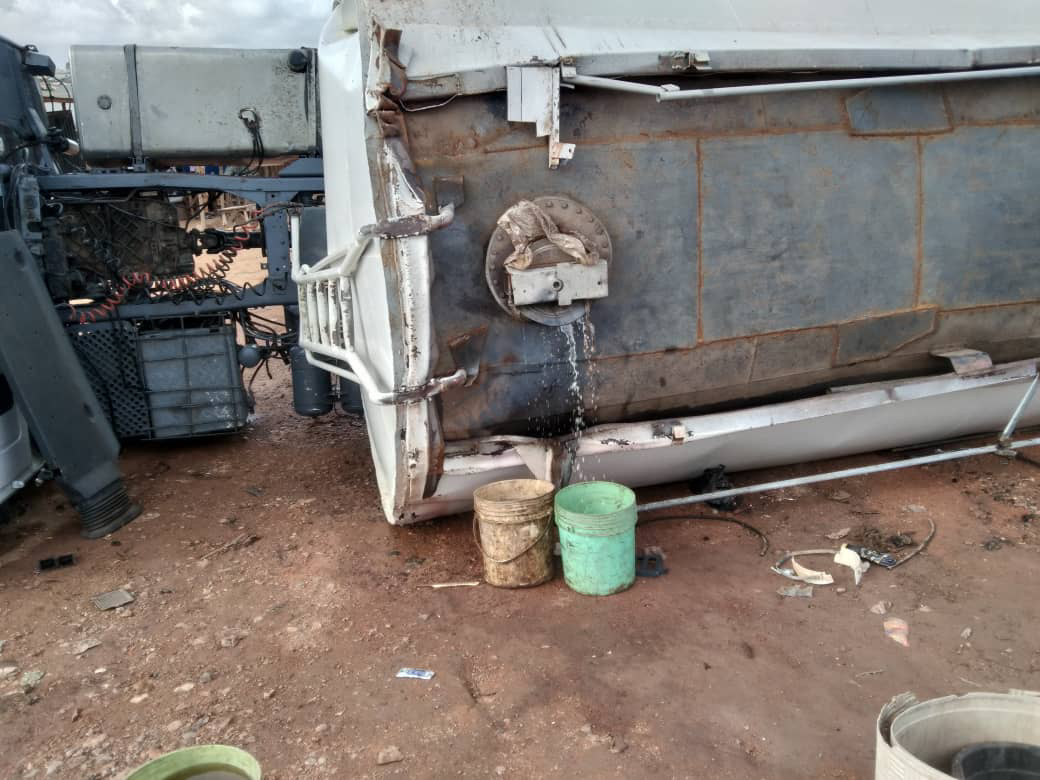 A fuel tanker accident along Boluwaji area of Lagos Ibadan express way has been contained without any casualty, according to the Oyo Road Traffic Management Authority.
The Chairman of the agency, Mogaji Akin Fagbemi said in a statement that the tanker fell around 5am this morning.
He added that officers of the agency arrived at the scene of the accident to with other relevant agencies to prevent fire outbreak. 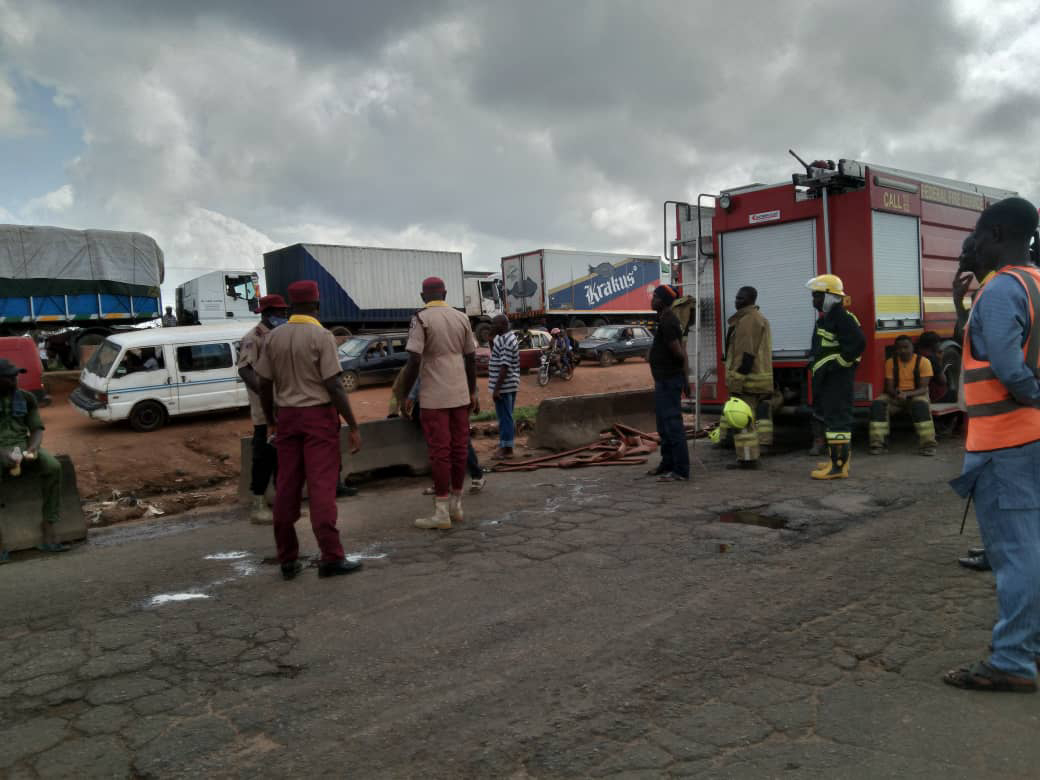 The statement reads in full:
"Early this morning around 0500hours, our attention was drawn to an overturned PMS-laden tanker along Boluwaji area of Lagos Ibadan Expressway, Ibadan.
Trending: Full List Of Governor Makinde’s Dissolved Cabinet With Portfolios
Fake News against Makinde will not make you rule Oyo in 2023, Bolanle Sarumi-Aliyu tells Fake News Carrier
"Our men and officers were on ground to maintain order along the route while the State Fire Service and other relevant agencies were also on standby to forestall a likely fire outbreak. 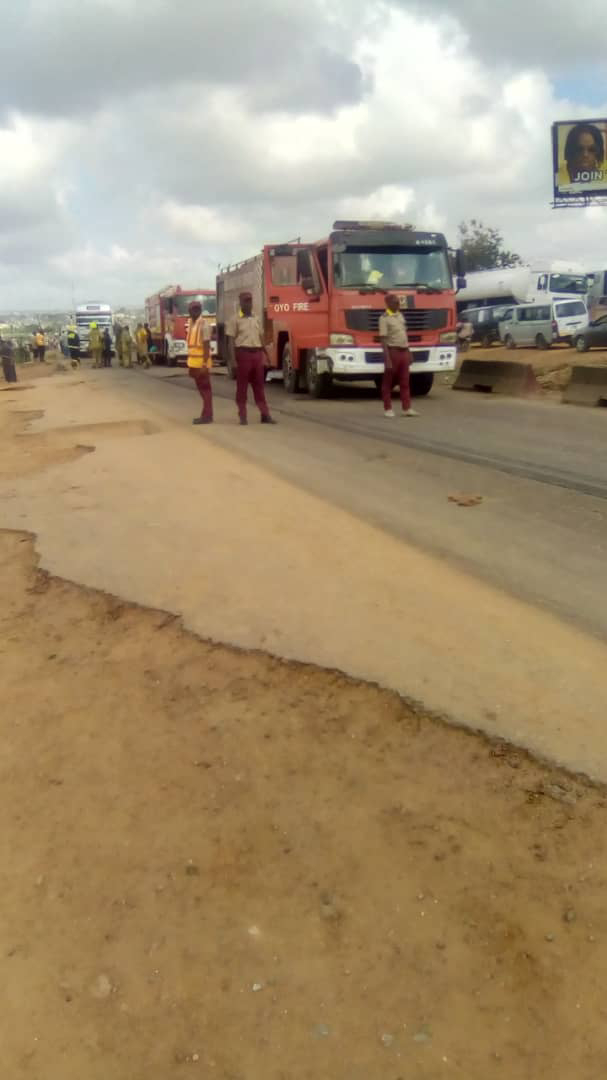 "The OYRTMA Executive Chairman, Mogaji Akin Fagbemi PhD while reacting to the incident implored motorists along the area to drive carefully and orderly whilst efforts were being intensified to evacuate the vehicle.
You may also want to read: JUST IN: Oyo South Senator (Dr) Kola Balogun Bags Ajorosun Merit Award
Aponmode Community Appreciates Govr Makinde, Oyo SDGs over Provision of Portable Water
"Normalcy has however been restored and traffic is now flowing freely as at the time of filling this report."
Southwest-Frontier Southwest-Frontier News at July 01, 2021