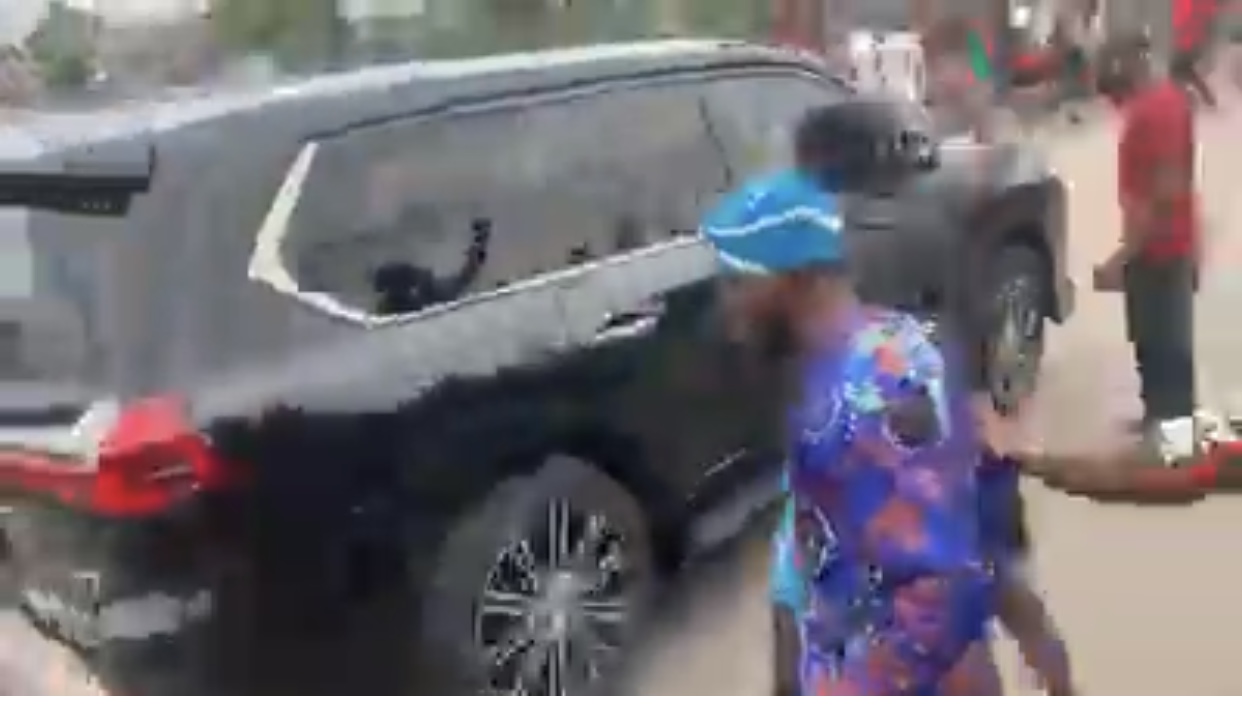 The aggrieved indigenes were seen hauling stones, sachet water and other sophisticated objects to stop the convoy.

An Associated Press reporter was unable to see if anyone was hurt.

Oyetola who is seeking to return to power for his second term held his final rally today.